The Lincolnshire Chef… craftsmanship with food

Exciting times are ahead for The Lincolnshire Chef, Steven Bennett –

For the last few weeks, Lincolnshire Chef and Guild of Master Craftsman Member, Steven Bennett, has been delighting customers in Healing and beyond with his beautiful cooking at the village manor house. The move for the renowned local man has ensured the community is buzzing with excitement, in anticipation of his future at Healing Manor.

Due to the refurbishment of the kitchen area, Steven and his team have been working on a menu of tasty treats at the manor’s Pig & Whistle pub, while the Portman Restaurant remained closed. At the beginning of last month, the restaurant opened to serve a Lady Portman Afternoon Tea and, after the kitchen alterations take place in the New Year, a highly anticipated tasting menu will be added to the Portman Restaurant’s list of culinary delights.

Since leaving the Oaklands, in Laceby, Steven has spent a large chunk of the year working on his brand, The Lincolnshire Chef. Cooking up a storm at RAF dinners, which have been attended by royalty, including Prince William, and will continue to create his masterpieces for high society in the months to come. 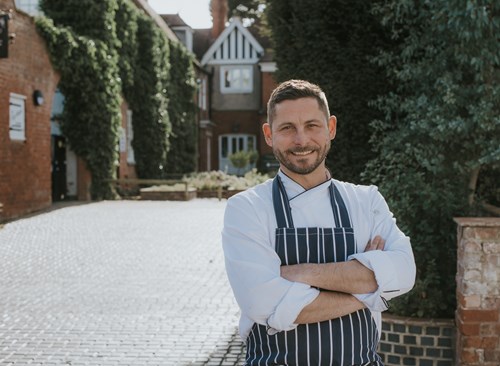 The Lincolnshire Chef is now a brand that is coming into its own, with Steven and Charlotte Hay, who will be working on the marketing and business side of things, as directors of the company. The move to Healing Manor is a part of this and a venue from which Charlotte and Steven hope to run their increasingly successful business – a head office, if you will. 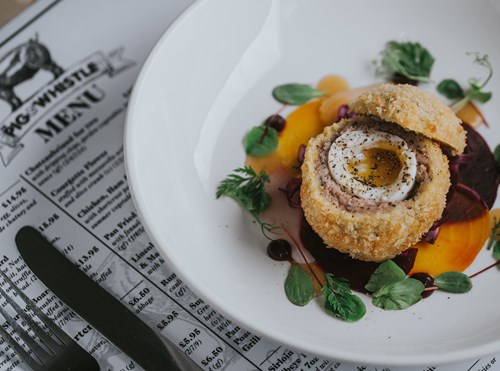 Of course, none of this will detract from Steven’s overall plan, one that he has been passionate about for many years. As a champion of Lincolnshire food, Steven remains a chef that will always use local produce where possible.

He said: “If you go into a supermarket and look at the veg, for example, it will say on the packet which area of the country it comes from. If shoppers are more particular about buying from the region, it could boost the sales of Lincolnshire produce.”

Steven has long used Covenham business Coven Garden for his fresh veg, working his menus around seasonal produce and its availability.

Coven Garden grows different varieties of potato, heritage tomatoes, purple carrots, King Henry spinach and much more. The relationship between the two businesses means that they can experiment with growing foods, enabling Steven to adapt his menus accordingly.

Graham, of Coven Garden, said: “We go through the seed catalogues, choose what we would like and we give it a go!”

Steven continued: “We work so well together because our values are the same and we try to treat suppliers as well as we treat our customers.”

And this is a part of The Lincolnshire Chef’s ethos; the whole team strives to work with like-minded business across the region, whether they are brewers, market gardeners or suppliers.

Steven is currently working with a pig supplier whose teenage son has been breeding his own, Gloucester Spot pigs. As a youngster with ambition, Steven is supporting the teen entrepreneur and using the pigs in his recipes.

Returning to the Portman Restaurant, Steven’s hopes are for the tasting menu to be a complete contrast to the food available in the Pig & Whistle. The pub area of the restaurant currently serves dishes such as Cayenne Whitebait, Goat’s Curd, Lincolnshire Sausage & Mashed Potato, Courgette Flower, a selection of steaks, Southern Fried Cajun Chicken and much more – and it is all created with the Lincolnshire Chef flourish! 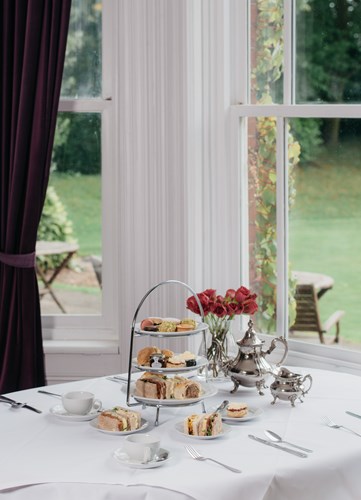 The restaurant’s tasting menu will be what Steven describes as “a dining experience”.

He said: “The restaurant will be about the food, the setting and the complementing drinks. We hope to aim for restaurant accolades and will be working hard to get them in the future.

It will be dynamic and will showcase the best food that the county has to offer. There will be gin, wine and beer-paring menus and much more. It’s a very exciting time.”

Of course, Healing Manor isn’t just about the food. As a hotel, the recently renovated and refurbished bedrooms are a delight to behold and the decor in the manor overall has been done to a high standard, and one that is sympathetic to the property’s long and interesting history.

Charlotte said: “It is a beautiful venue and perfect for weddings. We have our own, on-site wedding co-ordinator and the grounds are simply perfect for photographs.”

Charlotte and Steven continue to work closely with Healing Manor’s owner, Mark Brennan, who is the man responsible for creating such a charming hotel, restaurant and pub. His vision has ensured that the historic building has become something the whole community can be proud of.

And it seems that the community is getting right behind its new manor management team, with locals taking ownership of the menu, on occasion.

Steven said: “I will continue to be using old recipes, like my Grandma’s lard-based pastry recipe for pies, and I am always happy for people to submit their own so that I can give it a try.

“We came in one day to find someone had left a barrow-full of apples, which we put to good use in the kitchen!”